WATCH: Small, white dog is safe after lengthy foot chase on I-495 Beltway 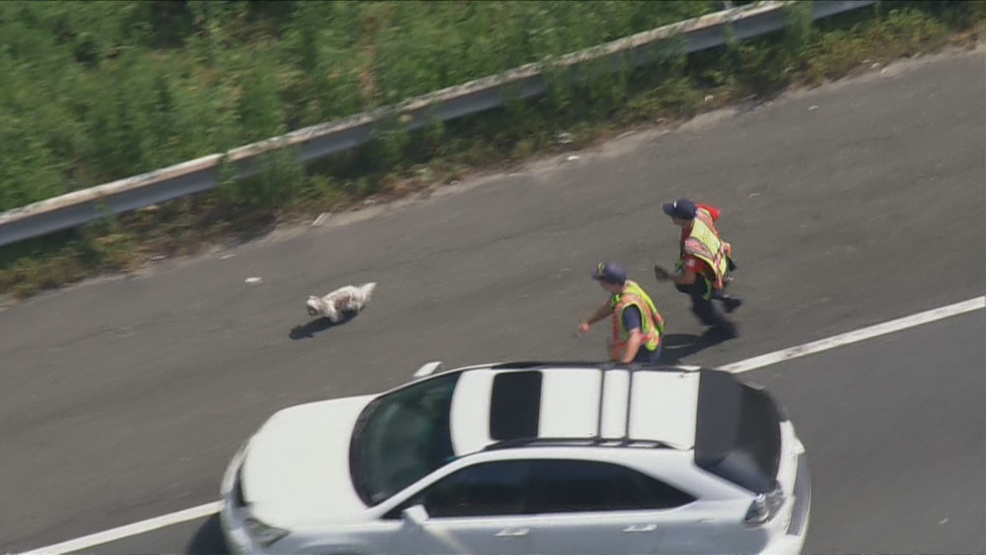 As SkyTrak7 hovered above the scene of an accident on the I-495 Beltway on July 17, 2020, it ended up tracking a high-intensity chase of a small, white dog. (ABC7)

WASHINGTON (WJLA) – As SkyTrak7 hovered above the scene of an accident on the I-495 Beltway Friday, it ended up tracking a high-intensity chase of a small, white dog.

We have learned that one of the people involved in the crash had their dog, Astro, in the car with them. Astro was placed into a fire department vehicle for safekeeping and when the owner went to get in, Astro escaped.

The crash also involved a Montgomery County Fire & Rescue vehicle that was responding to a report of people lost on the Billy Goat Trail on the Maryland side of Great Falls. (Eventually, several people with heat and dehydration issues were located near the trail and assisted.)

After seven to eight minutes of being chased, and several attempted apprehensions by drivers who were sitting in traffic, Astro was caught by one of the fire and rescue personnel who had been on the accident scene.

The folks who were chasing the pup had trouble keeping up with him while he was on flat ground, but when he veered off into the woods on the shoulder and tried to navigate a hill, one of them was able to snag him.

Watch the full chase below.