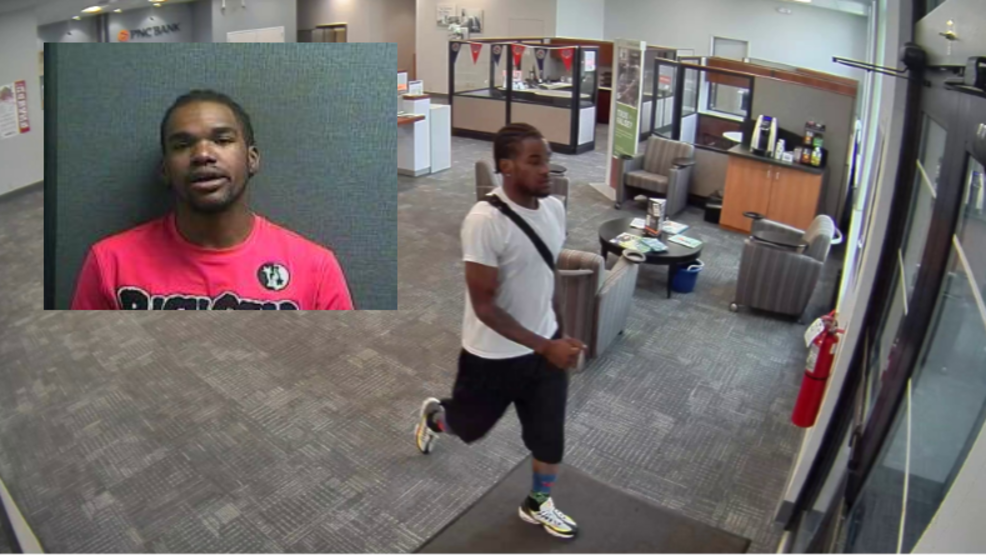 Jermaine Clark is accused of robbing six banks, including one in Mason Wednesday. He and Steven Smith were arrested after a chase and a crash in Florence (MPD/BCSO)

Mason Police had said the bank robber got away in a white Dodge Charger Hellcat with red stripes and Michigan plates.

Florence Police say their officers spotted the car on KY 18 near Mall Road later on Wednesday. That car had been reported missing out of Michigan.

When officers tried to pull the driver over, they say he took off south on I-75. The car crashed on I-75 at Mt. Zion Road. A woman injured in that crash was taken to UC Medical Center. She's expected to recover.

Witness told police that two men ran off towards the Woodspring Apartments. Police and deputies tracked them down and arrested them.

Both Clark and his passenger Steven Smith, of Zanesville, wear wearing bullet-resistant vests. One of them had cash from the Mason bank robbery, according to police.

Police say Clark is suspected in six bank robberies since January in several states, including Ohio and Michigan. He has warrants out for his arrest. He now also faces assault, fleeing or evading, wanton endangerment, receiving stolen property and other traffic charges.

Smith was arrested and charged with receiving stolen property, fleeing or evading police and wanton endangerment.