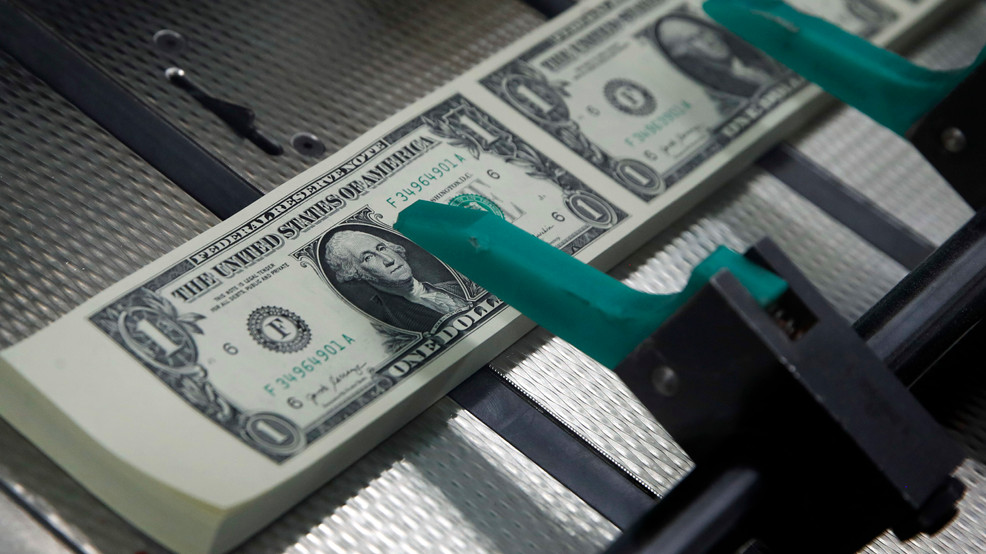 FILE - In this Nov. 15, 2017, file photo, new $1 bills are cut and stacked at the Bureau of Engraving and Printing in Washington. (AP Photo/Jacquelyn Martin, File)

WASHINGTON (TND)— Some of the most prominent voices in the financial world warn the economy could see a major slowdown as the Federal Reserve signals a quicker, more aggressive shift away from pandemic monetary policies.

This week, Deutsche Bank became the first major bank to predict a recession. Its chief U.S. economist, Matthew Luzzetti, told CNN they expect it toward the end of 2023.

I think it’s about the imbalances that have built in the economy, is the fact that inflation is at a 40-year high, that the labor market, the unemployment rate has fallen to 3.6% and that job openings are at record-high levels," Luzzetti told CNN's Richard Quest.

Luzzetti and just about every economist agree the Fed needs to pump the brakes, even though it will slow economic growth.

“If they don’t then we risk this becoming more entrenched bleeding through to inflation expectations and having to move more aggressively later down the road," Luzzetti said.

“I do believe that there’s a high likelihood that the end game will be a recession but it may well be a mild and that may be the pain we have to feel in order to vanquish the inflation monster that currently you know, really is gripping Americans’ finances," McBride said.

If the economy does take a hit, recent Bankrate.com polling suggests about half of Americans aren't prepared for a rainy day — only 53% have more emergency savings than credit card debt.

Although Americans have more savings now than they did a couple of years ago prior to the pandemic, in large part it’s still not enough," McBride said. “Only about 40% of Americans would be able to cover an unplanned $1,000 expense from their savings without having to resort to debt or something else."

Since a recession, if one occurs, would likely be at least a year away there are things families and individuals can do to give themselves a cushion.

And, McBride said, take advantage of one of the economy's strongest features.

“We’re in the best labor market in our lifetimes, so now’s a good time, maybe you do some gig work, some contract work, bring in a little additional income," McBride said. "So that you can pad that savings and put yourself on more solid financial footing.”