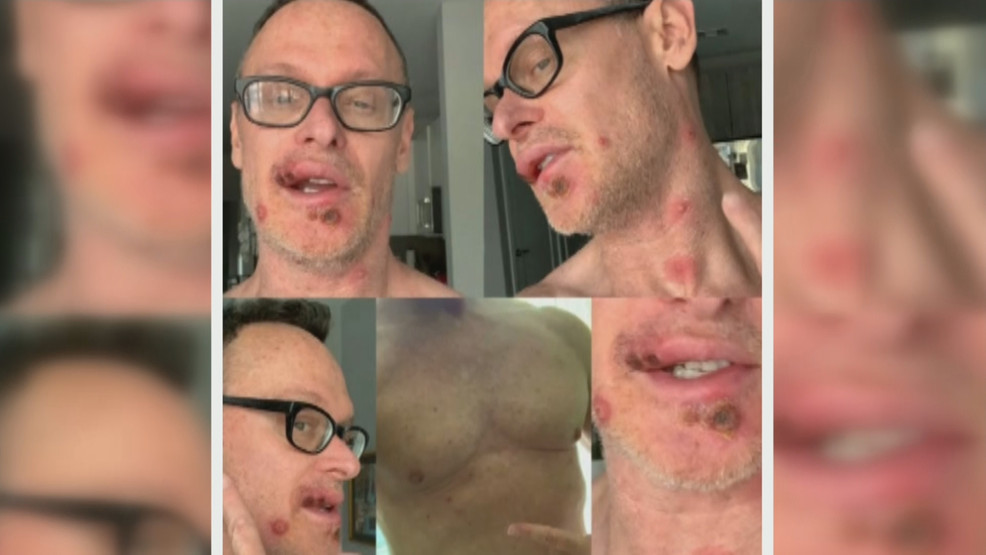 Rhode Island native Brian McKenna is one of 134 people in Massachusetts who have tested positive for monkeypox.

McKenna, who now lives in Boston, recently recovered from the virus, describing it as traumatic and debilitating.

"This was pure hell, and I wouldn't wish it on my worst enemy," said McKenna.

What Brian thought was just a pimple on his face, turned out to be monkeypox.

I got severely sick. My temperature went up to above 101, had the chills, the cold sweats, I was in a lot of pain, I went to bed that night and I woke up on Thursday morning and my lesions had quadrupled, I had eight more," McKenna said.

McKenna's doctor confirmed the case, and he was told it was too late to get the vaccine and there was nothing he could do.

McKenna said he then went into panic mode, stating the experience was, "uncomfortable and wanting to crawl out of your skin."

He did research and learned about a monkeypox treatment called Tpoxx. He demanded to be put on the medication as soon as possible. His doctor's office then told him he wasn't a candidate for the treatment because his symptoms were 'too mild'.

He then sent them several photos of the rash lesions on his body.

"My doctors said, 'Yes, in fact, you need to get to Mass General [Brigham],'" said McKenna.

Going the next day, the doctor told him this was the worst case they had seen so far.

McKenna got the Tpoxx treatment, which is hard to obtain as the CDC stated, it has not yet been approved by the FDA to specifically treat monkeypox.

After he got the medication, his lesions healed almost immediately.

McKenna hopes to remind everyone, not just the LGBTQ community, to be careful and get vaccinated when eligible.

People who are getting it aren't all having sex," he explained. "I mean a lot of these parties, they're outside, people have their shirts off its crowded, people are dancing on top of each other, there's a lot of misconceptions about what's going on here," he said.

McKenna says he was in isolation for about three weeks, causing his mental health to take a toll.

Wednesday was his first day back to work and the gym.