Prices going up: Cost of food up 9 percent on average, could go up another 5, FDA says

by The National Desk 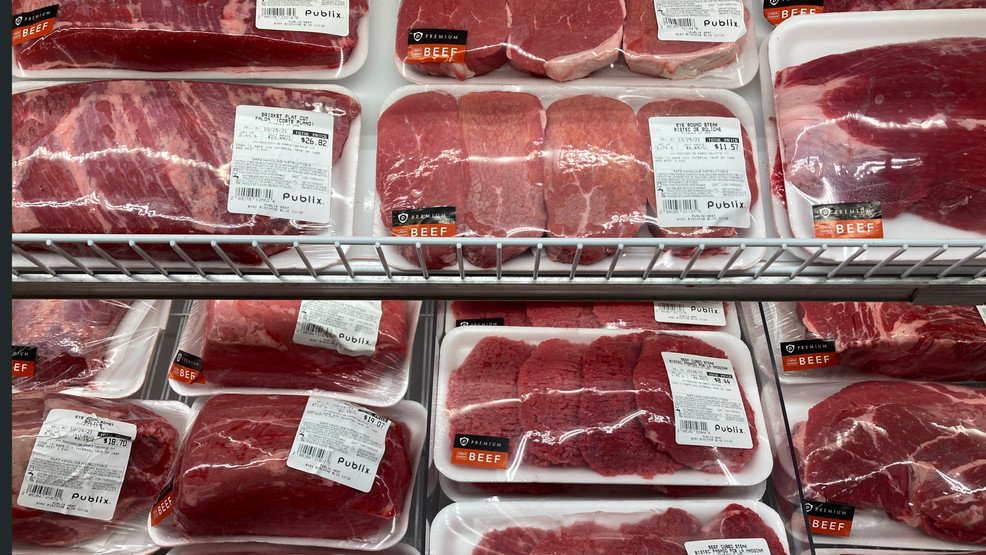 FILE - A selection of beef cuts is displayed at a Publix Supermarket, Wednesday, Oct. 20, 2021, in Miami. (Photo: AP Photo/Marta Lavandier)

WASHINGTON (TND) — Financial experts are warning Americans to get used to paying more for their essentials.

The increased cost of everyday goods and services is expected to get even worse. The Food and Drug Administration says food is already up 9% on average for the year and could go up another 5%.

"Most of my income goes to food," one shopper told The National Desk. "There's nothing left."

Gas prices are driving up the cost of business in general despite the Biden administration’s efforts to bring those down by releasing one million barrels of oil a day from emergency reserves.

“They’re coming down a little bit but not fast enough for me,” driver Roy James said.

And the high prices will hold lingering effects. In February, Americans often relied on credit cards to get by, racking up the most monthly consumer debit in over a decade — where it jumped by nearly $42 billion.

“I don’t know a single person across the country that’s not filling up their gas tank and saying this is killing my food budget, my housing budget,” said Rep. James Lankford, R-Okla.

The president is working to provide Americans with more help. This week, he extended the relief period for Americans who are having to hard time repaying student loans.

“We certainly know that costs are continuing to impact people across the country, including students who have...or former students who have student loan payments they need to make,” White House press secretary Jen Psaki said. “The President is going to look for every way he can lower costs for the American people.”

But confidence is waning with a new Fannie Mae survey showing 73% think the economy is on the wrong track compared to a falling 21% who are confident in its direction.

Mortgage rates have spiked over the past three months at a pace not seen since the mid-1990s. Now, all eyes are looking forward to Tuesday's report on inflation, expected to bring more tough news.