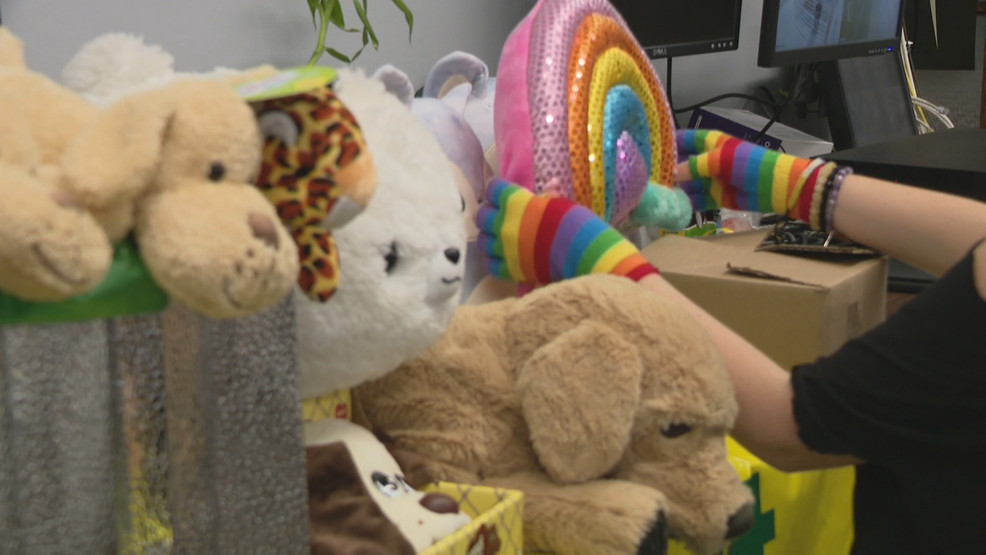 Like people all across the country, students at a Rhode Island school were deeply affected after learning of the lives lost during the Uvalde shooting.

At the end of May, a man opened fire inside Robb Elementary School, killing 19 students and two teachers.

Despite Texas being more than 2,000 miles away, middle school students at the Gilbert Stuart Middle School in Providence were heartbroken to hear the news.

It was really sad. We were talking about it. We all had a moment of silence. We just wanted to contribute and try to make them feel better at least,” said 12-year-old Nicky Payanl. “I feel those kids really need comfort at this time. Some probably lost their siblings.

“Some lost their best friends, it’s just devastating,” added 14-year-old Bin Routh. “And we wanted to put a little good in the world from the devastation that it caused.”

Payanl and Routh are members of their school’s ‘Principal Advisory Committee,' — a leadership program that uses training from Dr. Martin Luther King’s principles of non-violence.

The group met shortly after the shooting and began brainstorming how they could help from Rhode Island.

“When they came to us with the idea, I’m a mom before I’m anything, and I was just a little teary but I’m super excited and proud of them that they care about not just their own community but a group of students in a whole other community across the way so it was a big deal,” said Dr. Nkolika Onye, the former principal of the school and current chief of equality and belonging for Providence Public Schools.

Payanl and Routh spoke with other students and decided to host a stuffed animal drive. Their goal was to collect a few dozen of them, and then they’d ship them to Uvalde, Texas.

“The kids would appreciate letters, sure, but they’re elementary school kids so that won’t really affect them as much until they’re older and realize the heaviness of it,” said Payanl. “It won’t affect them greatly but at least they’ll have something to comfort them and be there for them.”

To the kids it’ll be something they can hold. I know I have stuffed animals that I hold dearly that were given to me by random people. Like they’re comforts,” added Routh.

According to the pair, the donation drive started off slow at first, but before they knew it, boxes began filling up.

“They would make morning announcements and say, ‘Please make sure you bring teddy bears, please make sure you bring teddy bears because we’re doing this,”’ said Chase Baptista, the culture and equality coordinator at Gilbert Stuart Middle School. “When I was a kid, I was throwing mud at buses, you know what I mean? And these kids are organizing each other, and writing emails, and making announcements to do something about a community for kids who they’ve never met. That’s amazing. It’s really profound and shows the quality of our students and the young people from this community.”

The stuffed animal drive lasted until the end of the school year on June 30.

Several other Providence School District employees dropped off donations too. Middle school students worked together to collect stuffed animals for kids in Uvalde during summer break, alongside students and faculty.

“Many of them purchased them on their own, they got their parents to purchase them on their own and a lot of the students don’t have these at home, at all,” said Onye. “It’s very fulfilling as an educator. We try to teach young people that it’s really important to go out of themselves, and to care about others and when you see students that are sixth, seventh, eighth-graders on this team who care about something happening to young people in another part of the country, it’s a big deal.”

A mail truck will be picking the boxed stuffed animals up this week.

They will be shipped to Uvalde, Texas along with a banner the school had made that reads ‘Gilbert Stuart Supports Uvalde, #UvaldeStrong.’

“We need to shine more light, I think, on all of the amazing things our young people are doing and also realize how much they’re capable of and pour that love into them so they can continue to make us proud,” added Onye.