'I feel lucky,' says woman who jumped from balcony to survive fire 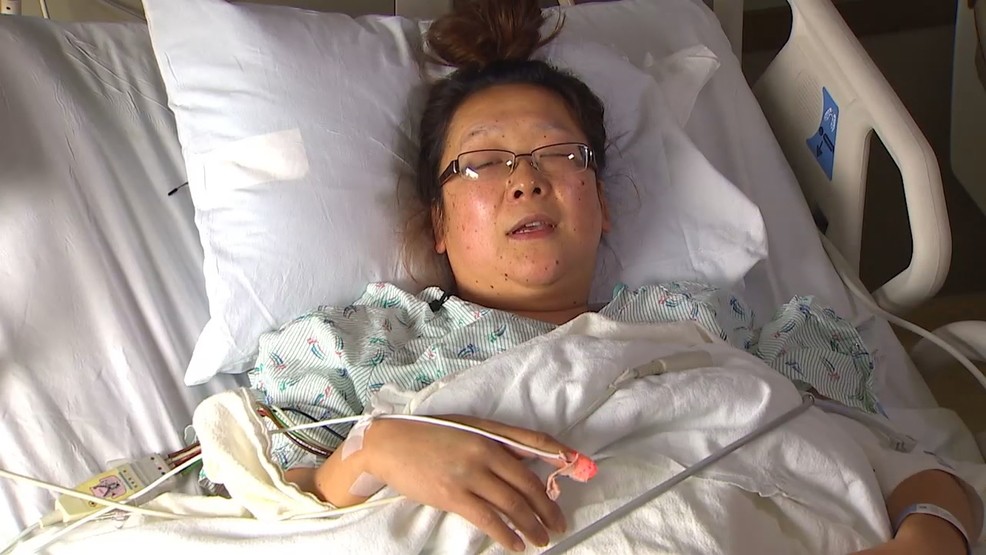 Meg Spikes broke her back in an escape from the fire. But she says she feels lucky. (Photo: KOMO News)

BELLEVUE, Wash. -- A woman who broke her back after jumping from a second-story balcony to escape a Christmas morning fire in Factoria is still recovering in the hospital.

She was one of five people treated for injuries after the fire broke out around 4:30 a.m. at the Chateau Ville condominium complex, located in the 12800 block of SE 40th Court.

"My boyfriend said 'Wake up. There's a fire.' I woke up. I smell smoke," recalled Spikes.

Immediately, Spikes got out of bed to alert her son and daughter.

They tried to go out through the front door but it was too dangerous.

"When my daughter opened .. the door knob it (was) already hot but she (opened) it and it's already fire on the front so we shut the door," said Spikes.

At that point, the only way for the family to escape was to jump from the second-story balcony.

"I am happy to be on my mom's side," said Spike's 18-year-old son, Rasshaan, who suffered a small cut on his hand after he jumped.

At a third-floor apartment, firefighters said a man tried to lower his wife to the ground with bed sheets but she fell.

When firefighters arrived, the entryway was engulfed in flames. They raised a ladder and helped the man down and his wife was taken to the hospital.

Firefighters used ladders to rescue people from six units at the property.

"We kind of dodged a bullet in that building," said resident Steven Olson.

Investigators said the fire started in the entry of the building but they don't know which floor. The investigation is complete but the fire damage is so extensive they can not figure out the cause, according to Bellevue Fire Lt. Brian Gomez.

"I feel really devastated that my-- I have no place to live now," said Rashaan Spikes.

The Spikes family moved into the complex about a month ago, but Meg is just grateful they all out before it was too late.

" I very appreciate I made it. I survive," said Spikes.

Friends have set up a GoFundMe campaign to help the Spikes family during this hardship.