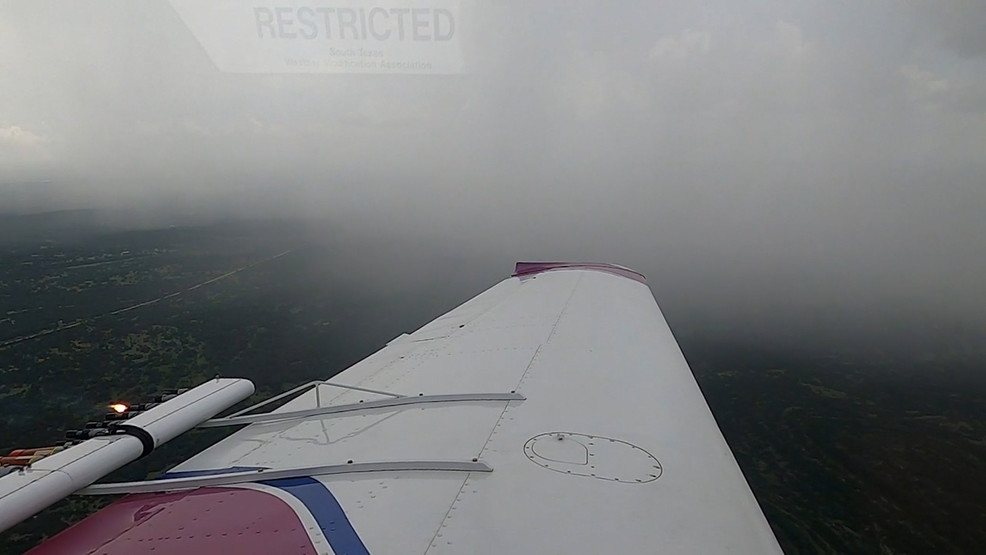 Across South Texas, this year has proven to be a struggle for farmers and ranchers that rely on rainfall in order to meet their bottom line. Their crops and cattle need rain.

Each day that does not see rain from the skies is a day that requires irrigation on Mafrige's ranch. With the rising cost of everything, this can cost him up to $47.50 per acre. A significant increase from previous years.

One non-profit is trying to help create more rainfall from the clouds that are already present. South Texas Weather Modification Association (STWMA), based out of Pleasanton, consists of several water districts committed to enhancing rainfall across South Texas.

Bria Hieatt is the meteorologist for the non-profit that takes to the skies to cloud seed in order to help out farmers and ranchers like Mafrige.

Cloud seeding is a process that releases microscopic particles of silver iodide and calcium chloride from lightweight aircraft into thunderstorms to increase rainfall efficiency. They stress that they do not make rain, but help storms produce more rainfall.

It enhances it, forming more ice crystals and growing taller, and thus precipitating more. And we also found in our research that the thunderstorms lasts longer,” said Hieatt.

Their research has yielded results that about a half million more acre-feet of water are produced in addition to annual rainfall amounts, about a 5-15% addition.

According to McMullen County Judge James Teal, his county, which has been involved since the start of the program in the 1990s, "is involved because rainfall for a rancher or farmer is the most efficient way to grow crops or raise cattle, and so in our county raising cattle is still a big part of our life and so having and maximizing rainfall is paramount.”

Humberto Vivanco, a pilot for STWMA, says it's not just ranchers and farmers benefitting from the work being done.

"You are also recharging the Edwards Aquifer," said Vivanco.

And for ranchers like Mafrige, it can make a huge difference.

"Cloud seeding is part of that equation and enables us to be more efficient. If we don't take advantage of all of our resources, we're just wasting the effort." Mafrige said.

The next time rain is in the forecast, SWTMA will be up in the clouds to make sure we squeeze every raindrop out they can.