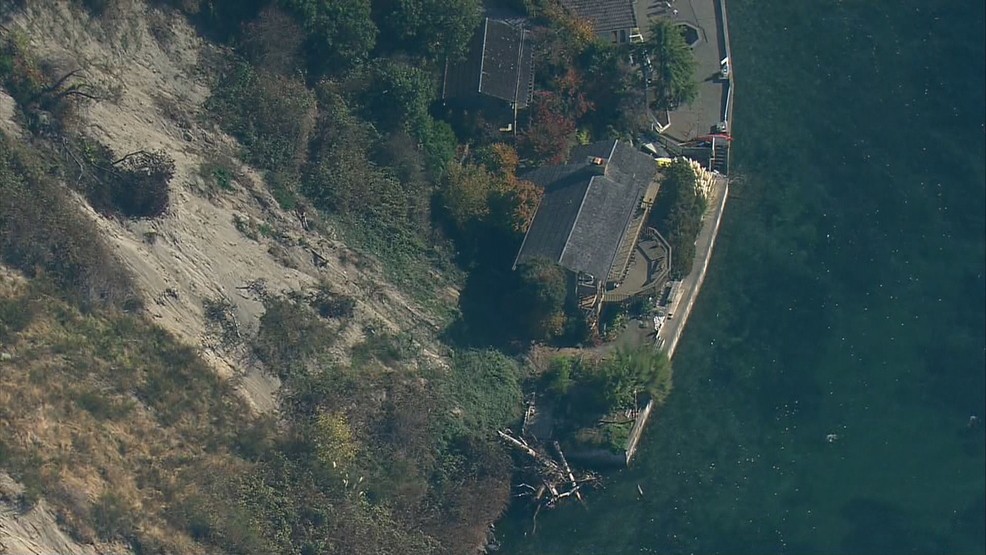 The Laxdall’s home was nearly wiped out by a mudslide last winter. Now, facing a $600,000 estimate to build a wall to avoid similar slides the couple say they can’t afford to do anything other than sell the beloved home. (Photo: KOMO News/Air 4)

SEATTLE (KOMO) - A cul-de-sac in the southwest outreach of Seattle has been Dan and Eleanor Laxdall’s home for nearly 60 years.

The couple worked closely with an architect to design the home where they raised their two kids. They hunted for clams and geoducks along the acres of tide flats, studied sea creatures off the seawall and watched their kids amble up switchback trails behind the house to walk to school.

Though Dan Laxdall said it was getting tough to take care of the multi-level home and yard as they were getting older they were in no hurry to move. That is until mother nature intervened.

The Laxdall’s home was nearly wiped out by a mudslide last winter. Now, facing a $600,000 estimate to build a wall to avoid similar slides the couple say they can’t afford to do anything other than sell the beloved home.

In February, trees, dirt and earth missed the home by inches, but the slide demolished their greenhouse and patio, the Laxdalls said.

The City of Seattle, Eleanor Laxdall said, “yellow tagged” their property and ordered the couple to leave.

“As I was on the phone more came [down the hill] including a madrona right across our back patio and I got out,” Eleanor Laxdall recalled.

Dan Laxdall said he ran when he saw the mound moving down the hill.

“I guess we’re pretty lucky in a way. In a way we’re unlucky, it came within three inches of the house here, it took out this side,” Dan Laxdall said.

The couple stayed with their daughter in Kent then returned to their property to consult with engineers.

Bid after bid the prognosis was worse than they expected – build a wall to prevent the earth from sliding onto their property again.

“It’s going to be between $600,000 and maybe more depending on whatever they find,” Eleanor Laxdall said.

The estimate was just too high for the retired social worker and Boeing engineer.

“It’s fine, maybe for people that have employment and a life in front of them, but not for us,” Eleanor Laxdall said.

Eleanor Laxdall said she doesn’t blame the city for requiring them to build a wall. She agrees it would be safer for whomever is living at the house to have one.

The couple listed the house two weeks ago for $1 million and reviewed offers Monday night.

Though the shock of leaving the neighborhood – a place they moved in the late 1950s – still stings, they both agree this is as good of time as any to downsize.

“It’s hard to leave, but we need a house one level and on the bus line. If it gets to where we can’t drive; we’re too isolated out here,” Dan Laxdall said.