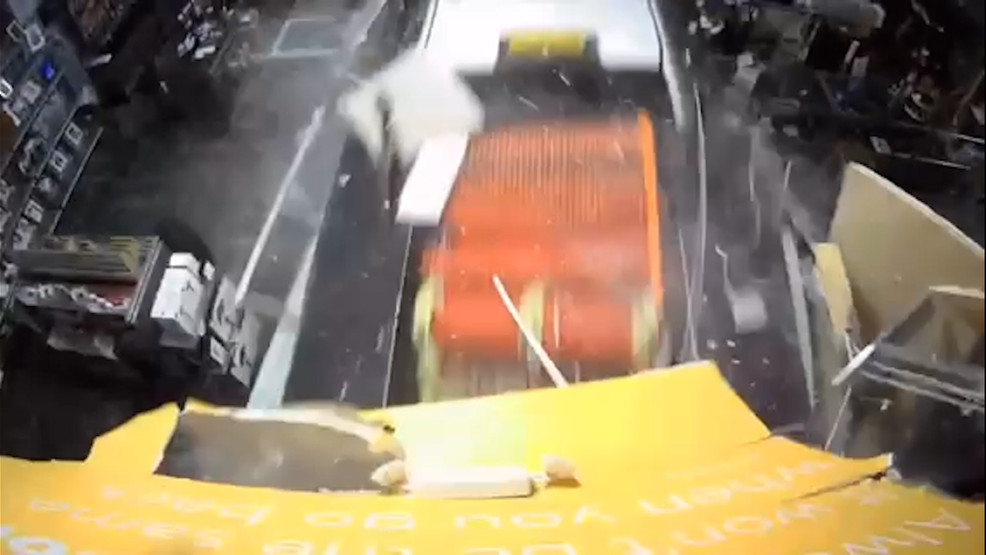 A stolen truck crashes into a camera store. (SURVEILLANCE)

That’s what one customer said about the Ohio business that managed to open its doors hours after a stolen truck blasted through the front doors in a brazen smash-and-grab burglary attempt.

Surveillance video caught the pick-up truck, stolen from a business called BBR Utility Contractors, slamming through the doors of Midwest Photo in Colombus, Ohio. One man got out of the truck, grabbed some equipment, but dropped much of it in the parking lot as he ran from the business.

The owner, Moishe Applebaum, and his employees worked to open the doors at 10 a.m. as usual, to the surprise and delight of his customers.

“Very surprised,” photographer Jordan Becks said. “It was pretty shocking how much work they did and how much clean-up to make it look like it was just the front door.”

James Godwin, another customer, said he’d been frequenting the business for 18 years.

“This is basically a central hub where a lot of (photographers) come and it’s so busy today because everybody’s checking in and making sure that everything is still good,” he said.

Customers Goodwin and Becks met for the first time at the shop today and said they may collaborate in the future.

“You come here, you hang out, you meet some people,” Becks said of Midwest Photo. “You might need something but you hang out for an hour, you end up meeting people and networking.”

Applebaum said the store suffered about $100,000 in damage.

Columbus Police are searching for the suspect.