Alligator bathes in Colorado pond surrounded by snow, but he's not cold 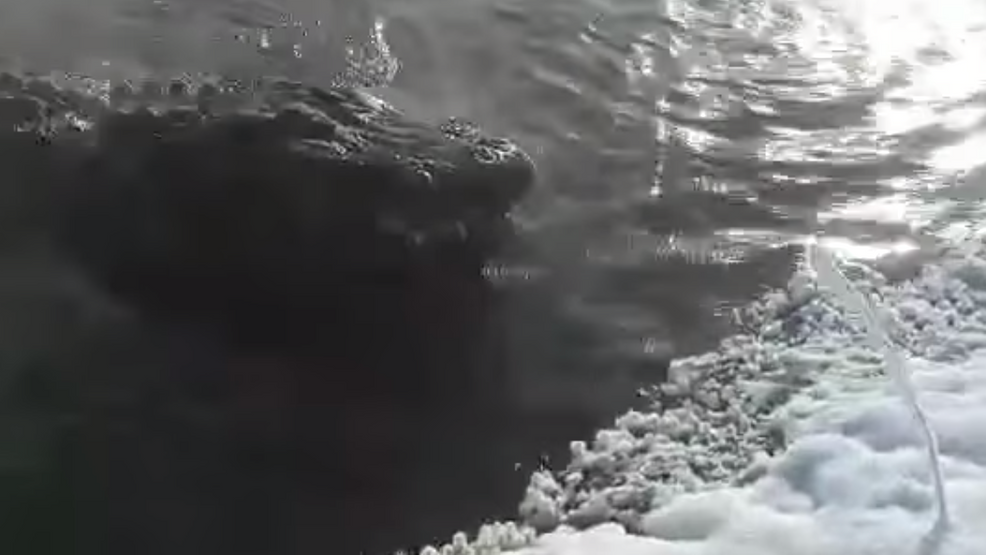 MOSCA, Colo. (SBG) — An alligator at a rescue farm in Colorado is seen on camera peacefully soaking in a pond surrounded by snow in 18-degree weather, but he's quite warm thanks to a geothermal well that keeps the water temperature at 87 degrees throughout the year.

The Colorado Gator Farm is home to hundreds of alligators, many of whom were rescued, that are able to thrive in the frigid temperatures because of the warm water there. In addition, the founders say the farm is located at a 7,500 feet elevation with intense sunlight that the alligators are able to soak up.

"Alligators soak up the high altitude sun well with bony plates called osteoderms or 'scutes' on their back that distributed heated blood throughout their body," according to a video on the Facebook page for the Colorado Gator Farm.

The founders explain on their website that the farm was initially opened in 1977 to raise tilapia, but in 1987, 100 baby alligators were brought in to eat dead fish. The alligators grew so fast that word got out and people who lived in the area started asking to see them, so the farm was opened to the public in 1990.

The gator farm eventually became home to hundreds of alligators and also became a sanctuary for other reptiles that are often abused, unwanted, or overgrown, according to the founders. Five of the alligators currently residing at the farm are albino.