'All I wanted to do was hold her,' says mom after attempted child luring 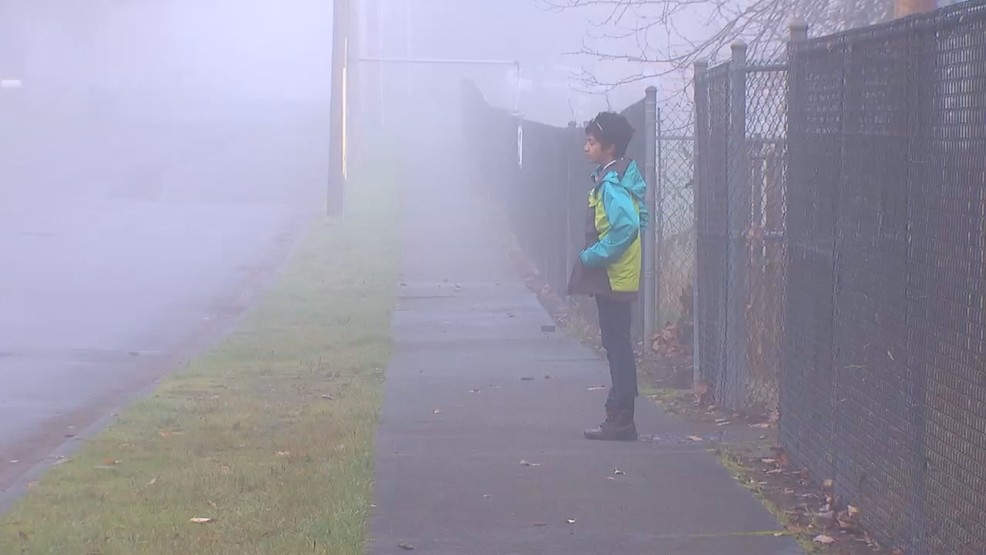 Tacoma police looking for man after girl says he tried to lure her into his truck. (KOMO News)

TACOMA, Wash. -- An 11-year-old girl in Tacoma has a message for other families after she was the victim of an attempted child luring this week.

Abeni was waiting for her school bus just before sunrise Tuesday when she says a pickup pulled up, window open, and the driver offered her a ride.

“I just say, ‘no thank you, I’m fine sir,’” Abeni explained. “Then he just comes up with more and more reasons I should get into his truck like saying ‘it’s cold outside’ or ‘maybe your bus will miss you.’”

She considered running or screaming, but within seconds her bus came around the corner and the pickup sped off.

Abeni was alone at the time. There used to be another student who was picked up at the same spot, but she says his family moved away.

Abeni thinks she’s seen that pickup driver before, outside a nearby store, but she’s not sure.

“All I wanted to do was hold her,” Abeni’s mom, Jenelyn Hopkins said. “It’s the last thing you think will happen to your kid especially because she was so close to home.”

Tacoma Police are looking for a white man, around 40-years-old, with shaved hair and a bald spot, and rectangular glasses. The say the pickup is likely a newer black four-door, and could be a Ford.

“It’s scary just knowing that he’s still on the loose and there’s other kids that might have experienced the same guy,” Abeni said. “And I’m just hoping he gets caught in time.”

The bus now picks up Abeni right outside her house, which has made her feel much safer. She hopes other Tacoma families will stay vigilant just in case.

“I just want them to stay safe,” she said. “I want to make sure no one else gets hurt.”