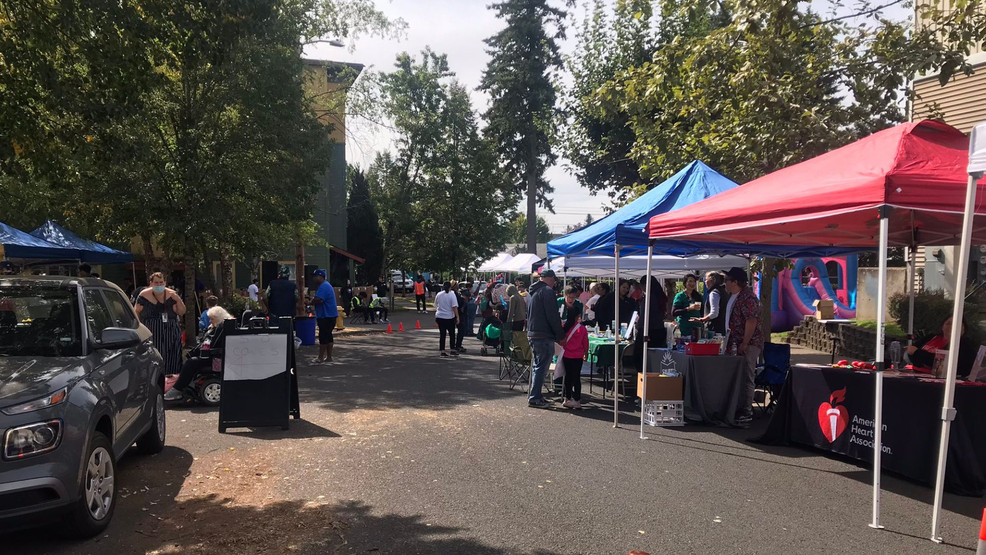 Several community groups came together to host a block party in Hazelwood today. They tell me the goal is to address spiking gun violence and empower neighbors to be active bystanders. (KATU photo)

In several neighborhoods on Portland's east side, summer gun violence is down year to year, but not in Hazelwood.

Data from Portland Police shows 43 shootings in Hazelwood between May and August in 2021, and 45 during the same time period in 2022.

The recent spike motivated the group "Love is Stronger" to work with other community agencies to address the public during a block party on Saturday.

"Empower them to be active bystanders. A lot of people might want to say something but they think they’re by themselves. So, we just want to let them know there are community members that are willing to stand with you. Call and let us stand with you so we can speak up and we can help save some of these people," founder Lionel Irving said.

"We have a preschool program in this apartment complex right here and there has just been a huge increase in gun activity and shootings and violence and some of our classrooms are finding shell casings outside the classrooms in the morning, outside the toddlers' rooms," Vanessa Valdez said.

East County Community Health worked with both groups to make the event happen.

"It gives people hope. It makes them know they’re not forgotten. It makes them know we see you, we hear you, and we’re going to pool all our resources in for you even if it’s just for one day of peace, quiet, hope where their children can run around and play," Christine Sanders said.

"We’re all affected. So, the only way this is going to change is if all communities, community partners, and businesses, wake up and say: this is our problem and come together and figure out how we can support our community and make sure this violence comes to an end," she said.

All three organizers said they're working with urgency, especially following a shooting just down the road from the event on the MAX tracks early Saturday morning.