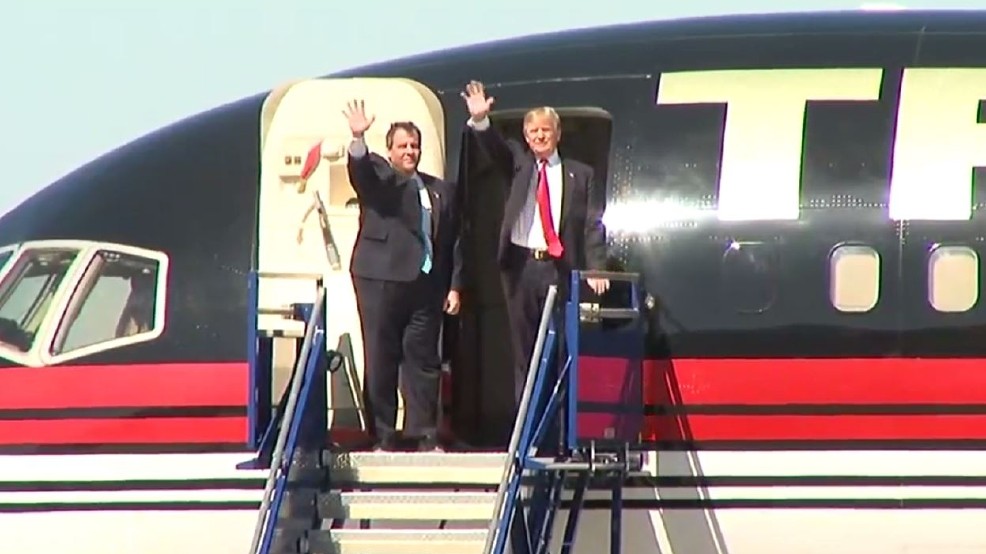 BENTONVILLE, Ark. (KATV) -- Donald Trump made a stop Saturday afternoon in Northwest Arkansas to rally supporters just days ahead of the state's primary.

Trump was accompanied at the Bentonville airport event by New Jersey Governor Chris Christie, who endorsed Trump a few weeks after dropping his own bid in the 2016 presidential race.

Trump talked at great lengths about his success as a businessman, saying he is the best candidate to solve America's $19 trillion debt problem.

Trump repeatedly talked about the other candidates in the race, calling Ted Cruz and Marco Rubio "liars".

"It is up to Arkansas to stop the Donald Trump show. The next generation of conservatives cannot allow Donald Trump to take everything we stand for and throw it away. Marco Rubio has shown that he is the only candidate that can take the fight to Trump and win. If conservatives are serious about stopping him, then we need to unify behind Marco to win in November."

Trump also touched on the topics of health care, border issues, and campaign funding at the Bentonville event.

He wrapped up the event saying, "I would love to win Arkansas - special place, many friends. I don't want your money, I don't need your money. I don't want it. I want you to go out and vote on Tuesday."

Today's stop in Bentonville was Donald Trump's second visit to Arkansas in February. After his stop in Arkansas, Trump heads to Millington, Tennessee. He will also be visiting Alabama, Virginia, and Georgia - other states holding primaries as a part of Super Tuesday.

Several other candidates are making last minute campaign stops in Arkansas before the March 1 primary:

Sen. Ted Cruz is holding an event with television and radio personality Glenn Beck at the Doubletree Hotel in Little Rock Saturday at 7 p.m. Cruz will then attend church services in Rogers on Sunday.

Sen. Marco Rubio, who was just in the Natural State this past Sunday, will hold a rally at Immanuel Baptist Church in Rogers on Saturday at 9:30 p.m. Rubio is also holding a campaign event with Gov. Asa Hutchinson at University of Central Arkansas in Conway Monday at 3 p.m.

On the democratic side of the presidential race, Hillary Clinton will rally supporters on Sunday at University of Arkansas at Pine Bluff at 5:45 p.m.

Arkansas is one of many states participating in "Super Tuesday" primaries. Polls are open on March 1 from 7:30 a.m. until 7:30 p.m.