The evolution of Donald Trump 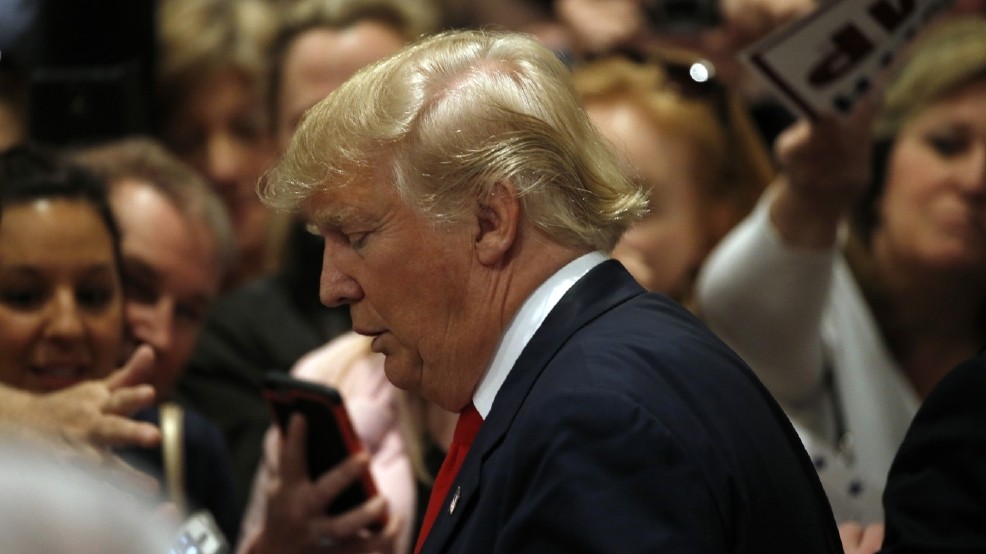 As he gets closer to the GOP nomination Donald Trump is beginning to look like a political chameleon, adapting his campaign to more aptly fit the mold of a party nominee.

It's a big step for Trump and appears to be a departure from his usual campaign practices as it is in fact a move that candidates often make.

Trump, Franklin said, is transitioning from a running a populist campaign to a standard campaign.

"He's trying to reassure the rest of the party that he'll run a competent, legitimate race," come November, Franklin said.

"He's in the process of anticipating the number of delegates he needs," Franklin said. As a result he's engaging in the nomination process and "trying to convince them that he's worthy of their support," Franklin added.

"Trump has moved to professionalize his campaign by bringing veteran campaign staff," explained Lawrence R. Jacobs, Walter F. and Joan Mondale Chair for Political Studies and Director of the Center for the Study of Politics and Governance in the Hubert H. Humphrey School and the Department of Political Science at the University of Minnesota.

"The changes are to equip Trump's campaign to secure loyal delegates and prepare to fight for the nomination at the July GOP convention," Jacobs said.

While Trump has been talking more about running up against former Secretary of State Hillary Clinton, Jacobs explained "the reality is that he has his hands full defeating the GOP establishment and winning the nomination."

"It's been changing in that its strategy, seems to me, is more and more reflecting a desire to ensure that the establishment will seed or concede the nomination to the candidate with the largest number of delegates," Glenn Altschuler, Litwin Professor of American Studies at Cornell University, said of Trump's campaign.

"What he's doing is he's reminding the Republican establishment that there will be a prohibitively high cost to any outcome other than the nomination of Donald Trump," Altschuler said.

"Here's what the party faces," Altschuler explained, "there are times in life when you have two choices, both of them are bad choices [and] you have to pick the lesser of two evils."

Altschuler described the choices many Republicans see before them.

"One, find a way to deny Trump the nomination in which case he would walk out, many of his supporters would disavow the GOP, and the Grand Old Party might implode."

The second option Altschuler explained is to "accept the reality of Donald Trump as the nominee, understand that in all likelihood he will lose the general election, try to minimize the down ballot damage," to members of the House, Senate and conservative Governors and "understand that that second alternative might in the intermediate and longer term be less damaging to the party."

"Say to his supporters 'we supported him, he lost, now join us in a Republican party that is regrouping.'"

Altschuler speculated that perhaps "the vast majority of Republican figures will choose that second option."

If Trump is able to convince the party to surrender the nomination, experts noted the challenges he faces are plentiful.

"I think it will be very difficult for Donald Trump in a general election to be anyone other than who he is [for] several reasons," Altschuler said.

"It's very difficult for him to run away from statements that he has emphatically made."

"[Trump has] hired some more seasoned political operatives," Altschuler said and, "no doubt they are urging him to reign in his more extreme rhetoric."

Altschuler also gave Trump credit for muting "that rhetoric to some degree."

Regardless, Altschuler said "it will be impossible, in my judgement, for him to somehow ignore or have the voters in a general election ignore the statements he has made in the last months."

Calling the general election a "YouTube election," Altschuler foretold that "we will see clips of Donald Trump that are run by his opponents as a way of damaging him."

RELATED |Experts: Despite criticism, Trump's Muslim rhetoric may resonate with GOP base

These clips will serve as reminders to women, African Americans, Latinos, Muslims and the LBGT community of "the things he has said and the positions he has taken," Altschuler explained.

"There's some repairs to be done," Franklin said explaining the challenge Trump faces in appealing to those voters he has offended while holding on to the ones who have been with him from the start.

"While he's repairing he's also got to keep his voters in line, he's got to deliver to them the product which they bought into," Franklin said.

"If he starts sounding like a conventional politician he will diminish his energized base," Altschuler cautioned.

Looking at the way the campaign is now, Franklin suggested that he believes Trump is "at a cross roads."

"He's probably going to win the nomination, chances are very very good," Franklin said, explaining that once he does, Trump "has to decide how he's going to run his general election."

"Is he going to run a more standard campaign?" Franklin questioned.

"It depends on what kind of pivot he wants to make."

Speculating that Trump will perform well in "the Northeast Corridor primaries," and then be extremely difficult to stop, Franklin said Trump will "have to make a decision on how he's going to run for president."

Franklin described that for Trump to continue to just run the way he has is a "risky proposition," with no evidence to suggest that strategy will work.

"Given the degree to which he's alienated those voters he's probably going to lose anyhow, the question becomes how does he want to lose," Franklin said.

Calling the presidency "the holy grail of politics," Franklin said that when it seems as though it's in your grasps, you'll do what you need to in order to obtain it.

"Most candidates would do whatever it takes to win the prize."

If Trump is willing to do that, Franklin said, the question is whether he's disciplined enough to be the "standard candidate."

Which brings us to the third challenge Altschuler mentioned Trump having in a general election.

"I'm guessing that it's not in his DNA to be anything other than bullying, bombastic and at times vulgar," Altschuler said.

Even if Trump is able to reel himself in and behave like a standard candidate, the press may not be able to cover him as one.

"The media is pretty much locked in, in the perceptions of Donald Trump that they will communicate," Altschuler said.

"I think the coverage of Donald Trump in this election by the mass media has been appalling, essentially the media has given over the airwaves to him and allowed him to speak directly and more frequently to viewers than all of the other candidates put together."

"Donald Trump is the kind of person who evokes very very very strong reactions negatively as well as positively, in turning the airwaves over to him, the media has stimulated both of those responses," Altschuler said.

Altschuler described a divided America in which an apparently substantial number of voters find Trump inappropriate and unprepared to be president.

"And his task to turn a substantial number of them around is a very difficult task," Altschuler said.

"We have a likely nominee for the Republican Party who has higher negatives among," Republicans, Democrats and Independents " than any major party candidate since polling began," Altschuler said.

Though Trump is not the only candidate that is struggling with high negatives, the front-runner on the Democratic side, Hillary Clinton, is also struggling in that department.

"Generally speaking in American politics the more likable of the two candidates tends to win the election," Altschuler said.

If the current front-runners end up as the nominees, Altschuler said we will end up with two candidates "who are not particularly well liked by the electorate."

"I think [that], if I may put it this way, Hillary Clinton's Trump card in likability is Donald Trump," Altschuler said.

"If we're thinking of the more likable candidate of the two, she has an easier pathway to present herself as more likeable."

While Clinton's path may be easier, Jacobs noted that one does exist for Trump.

"Trump has a path to the White House," Jacobs said "it starts with rallying Republicans and scooping up voters who are convinced that America is off on the wrong direction and dislike Clinton."

" His path to winning is to strip away Democrats who feel betrayed by their party while picking up disaffected independent," Jacobs explained.

Describing how obtaining the nomination "elevates," the status of candidates, Franklin speculated that by virtue of getting the nomination, Trump would "look like a much more serious contender than he does now to actually win the general."

"I wouldn't count on the general election being a blowout if I were the Democrats," Franklin warned.