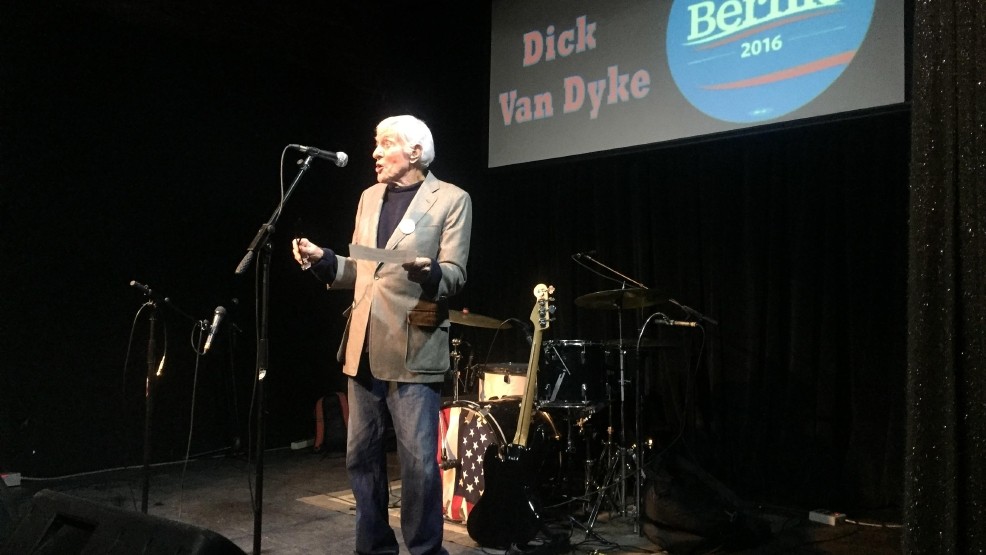 Caucus day is around the corner and democratic presidential campaigns are reaching a fever pitch as it urges Nevadans to caucus this Saturday. One grassroots effort is campaigning to a different tune.

"Sometimes politics can come off boring or by the book. You don't want to go to a hall and just sit there and hear someone talk," says Aaron Sion, the guitarist for "Crush," one of the local Bands for Bernie. Sion says, "This is an environment where you can have fun, hang out with friends, and also be here for a cause too."

For the voters that packed Studio on 4th in Reno, the cause is about supporting Sanders for President, whether you're young or old.

"I'm 90 years old," says Hollywood icon, Dick Van Dyke, as he danced and joked on stage. "And the reason and the reason why I'm here- is, I like to lend a helping hand to aspiring young politicians like Bernie."

Backstage, Van Dyke says Sanders has shown that socialist is no longer a "dirty" word. He says he believes Sander's platform is similar to The New Deal.

"I'm so tickled that the younger kids, the millennials, are going out for him, and they're going to vote," Van Dyke says.

Young people, like Molly Duncan, showed up to the show and plans on voting for Sanders.

"I just turned 18, so it's going to be the first time I'm voting," Duncan says. Duncan is going to caucus on Saturday, learning about the political process hands-on.

"I've learned a lot more over the past year than I ever have in school," she says.

However, the night it's about the music, and in between sets, it's about rocking the vote. Campaign staffers mingle and pass out flyers educating people about the caucus process.

Mike Mac Millan, the booker at Studio on 4th, says the "Bands for Bernie" event has recruited about 300 voters and scores of precinct captains for Sanders.